We’ve created digital versions of some of our Thematic Tours for you to enjoy from home!

On June 18, 1812, President James Madison declared war with England, the first time the United States had ever declared war on another country. Take a docent-led tour of John Jay’s Bedford House that highlights the causes of war and the impact that it had on America.

MAY: John Jay and the Constitution

On May 25, 1787, the Constitutional Convention met for the first time. Join us as we explore the debates, controversies, and compromises that led to the establishment of the oldest governing document in the world. 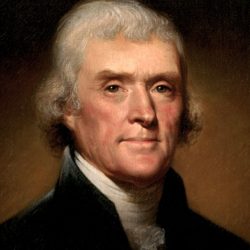 MARCH: Women of the Jay Family

Sarah, Nancy, Eleanor and the rest! Six generations of strong, educated women lived at John Jay’s Bedford House. Their stories, presented in honor of Women’s History Month, shed light on the roles of women in upper class homes in the eighteenth, nineteenth, and early twentieth centuries.