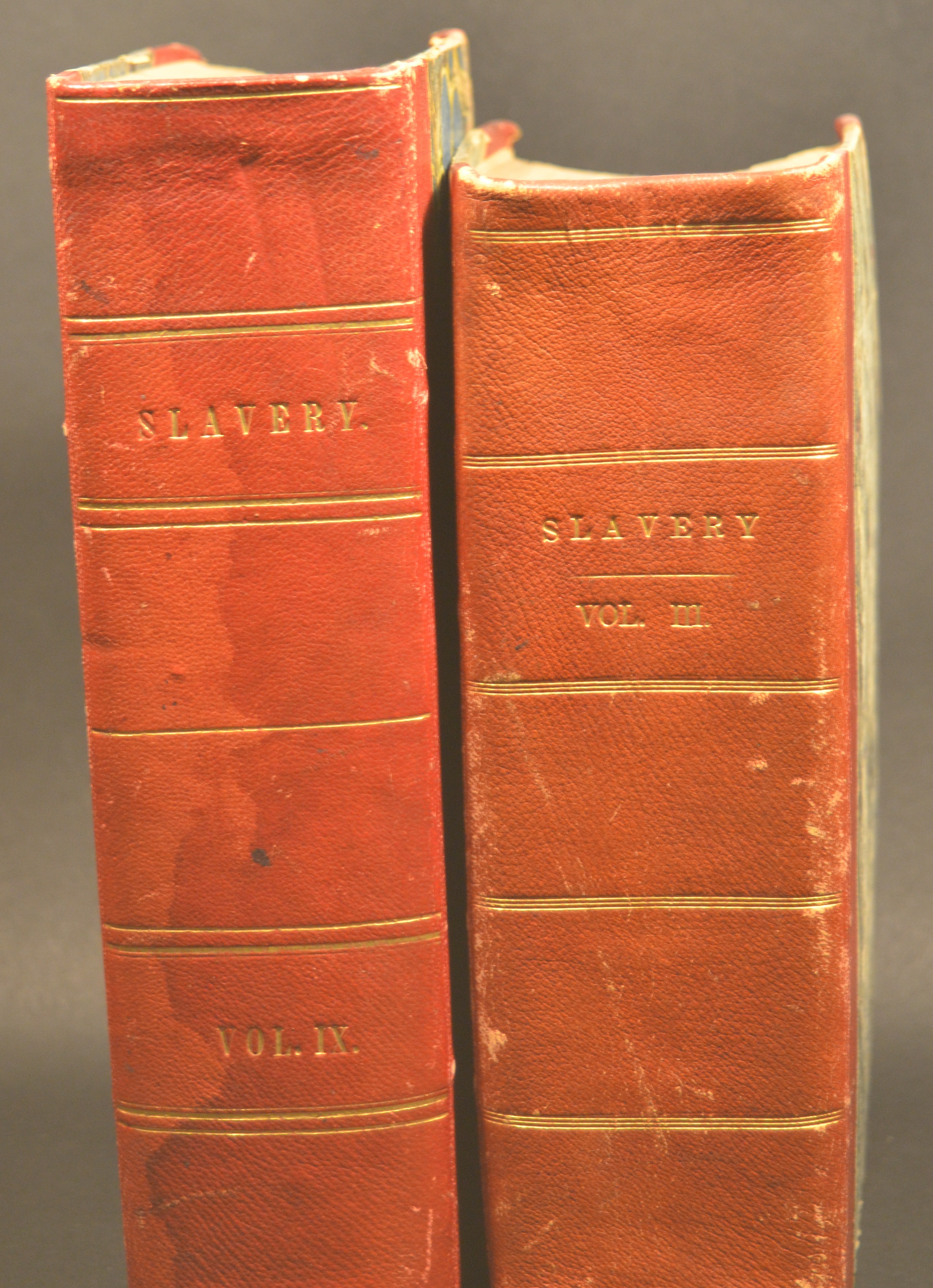 William Jay collected hundreds of abolitionist pamphlets and bound them in 19 volumes. As a member of the Executive Committee of the American Anti-Slavery Society, one of William’s responsibilities was to review publications for accuracy, which is likely how he acquired many of these.  The Slavery Volumes include articles written by William, and several other prominent abolitionists, including Charles Sumner, and Frederick Douglass. There are also some pro-slavery pamphlets, showing the sharp difference in opinions about slavery leading up to the Civil War. The collection contains so much information, that John Jay II offered it to Harriet Beecher Stowe as a primary source for her book, A key to Uncle Tom’s Cabin in 1853.