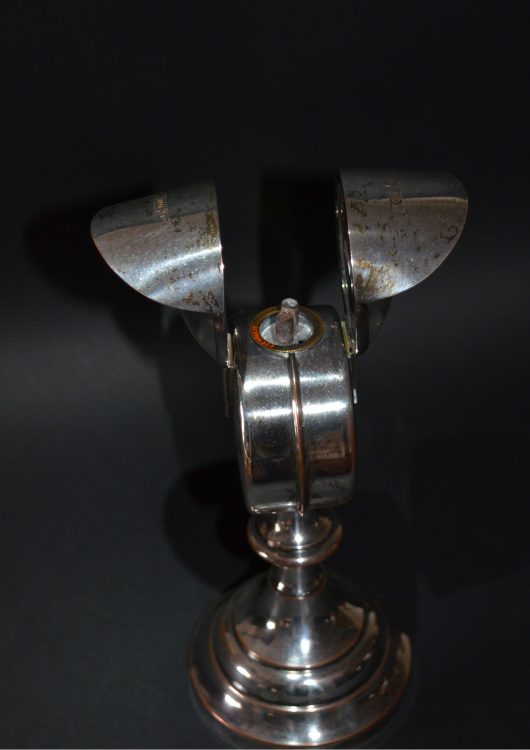 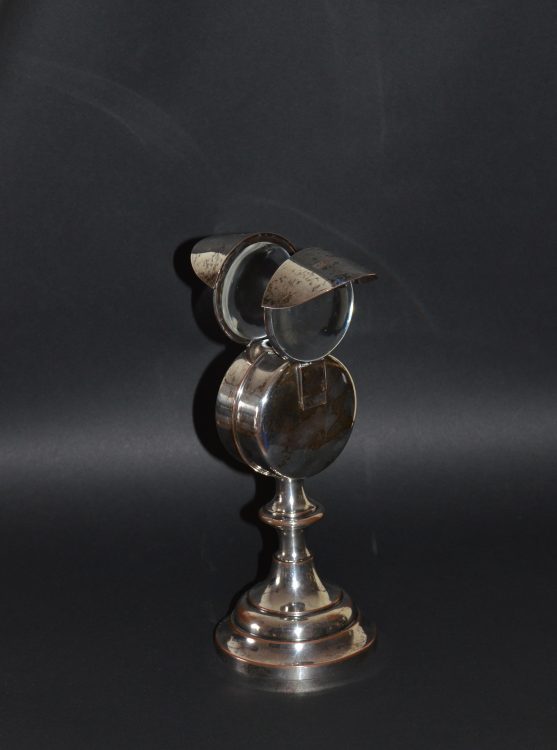 Bull’s eye Lamp
Late 18th century
Silver plate; copper; glass
English
JJ.1969.223
This type of lamp, called a bull’s eye lamp, utilizes convex lenses to focus the light, thus creating a bright, directed beam.  The lamp is fueled by whale oil, which was extracted from the blubber of whales. Whale oil was used as a cheap illuminant beginning in the 16th century and was widely used during John Jay’s time and into the mid-19th century for lamps, but also to make soap and margarine.  Because of the popularity of whale oil, several species were hunted into near extinction and are now considered endangered. Burning fluid known as camphine (distilled turpentine), was the dominant replacement for whale oil in the 1820s.

The lamp is made from copper and silver plate with a fluted shaft and base.  The wick holder is in the center with a scalloped rim at the top.  The lamp was made in London, most likely between 1760-1800.