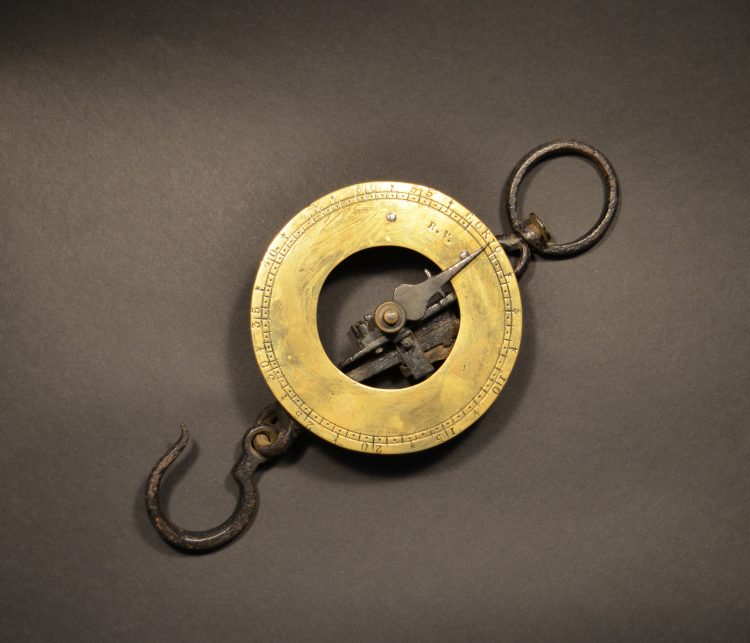 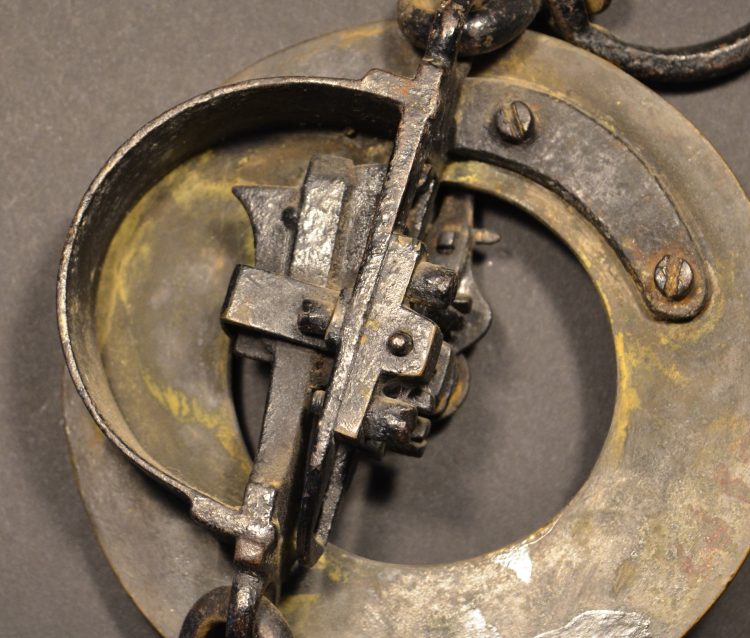 Weighing scales have been around since Ancient Egypt. Early examples relied on balancing objects against known weights of stone to determine their weight. However, abuses to this design, especially in trade, and because merchants would often carry their own weights to use, accuracy uncertain.

The first spring balance, like this one, was made around 1770 by Richard Salter in Wolverhampton, UK. This new design left no room for error, or trickery when weighing goods, and objects.

The hook at the bottom of the scale would have been for a tray, which the object being weighed would be laid on. This scale was likely used frequently in the kitchen, since there would have been a constant need to weigh meat, flour, and most other ingredients for cooking. Early cookbook and recipe authors used weight as the form of measurement for ingredients, rather than units of volume, such as cup or tablespoon. Even today many chefs and bakers weigh certain ingredients because weight, unlike volume, is always consistent. A pound of flour will always yield you the same amount of flour, but a cup of flour may vary in weight and amount, depending on how compactly the measuring cup was filled.

This antique is most likely French, or from some other country that used the metric system at the time (England didn’t adopt the metric system until the 1960s) as the scale measures in kilograms, not pounds or ounces. It does not have any family provenance. Although there appears to be a maker’s mark – “R.V.,” we have been unable to identify the manufacturer.