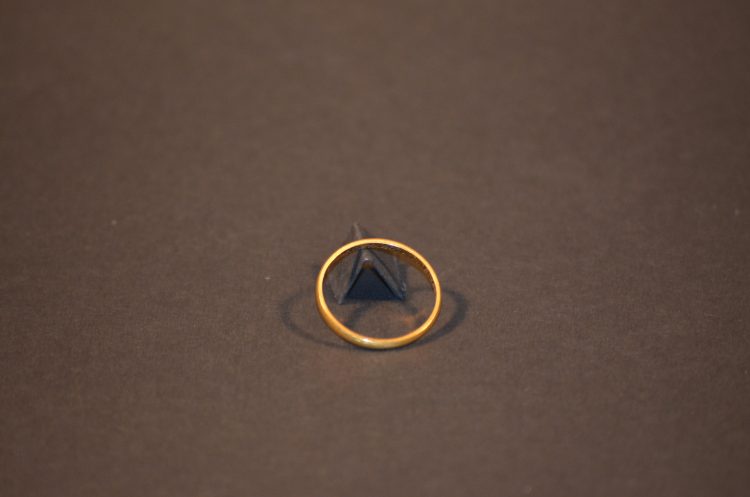 John Clarkson Jay and Laura Prime Jay were married for 56 years and had ten children, six of whom lived to adulthood.

This type of band is traditionally called and posy ring.  Posy rings date back to the 5th century.  “Posy” is short for short poem or verse that was typically found in this type of ring.  Popular phrases that were inscribed in rings include: “As gold is pure, so love is sure,” “In Christ and thee my comfort be,” and

“Remember the giver.”  Posy rings from the 15th and 16th centuries were decoratively carved.  However, starting in the 17th century, the designs became simpler and the inscriptions more personal.  Many couples had their initials and wedding date inscribed.  Many jewelry historians consider any ring with an inscription to be a posy ring.

It unlikely that that John Clarkson Jay had a wedding band.  The tradition of men wearing rings did not emerge until the mid-20th century.  The onset of WWII saw male rings rise in popularity, often seen as a token of remembrance while away from their wives.