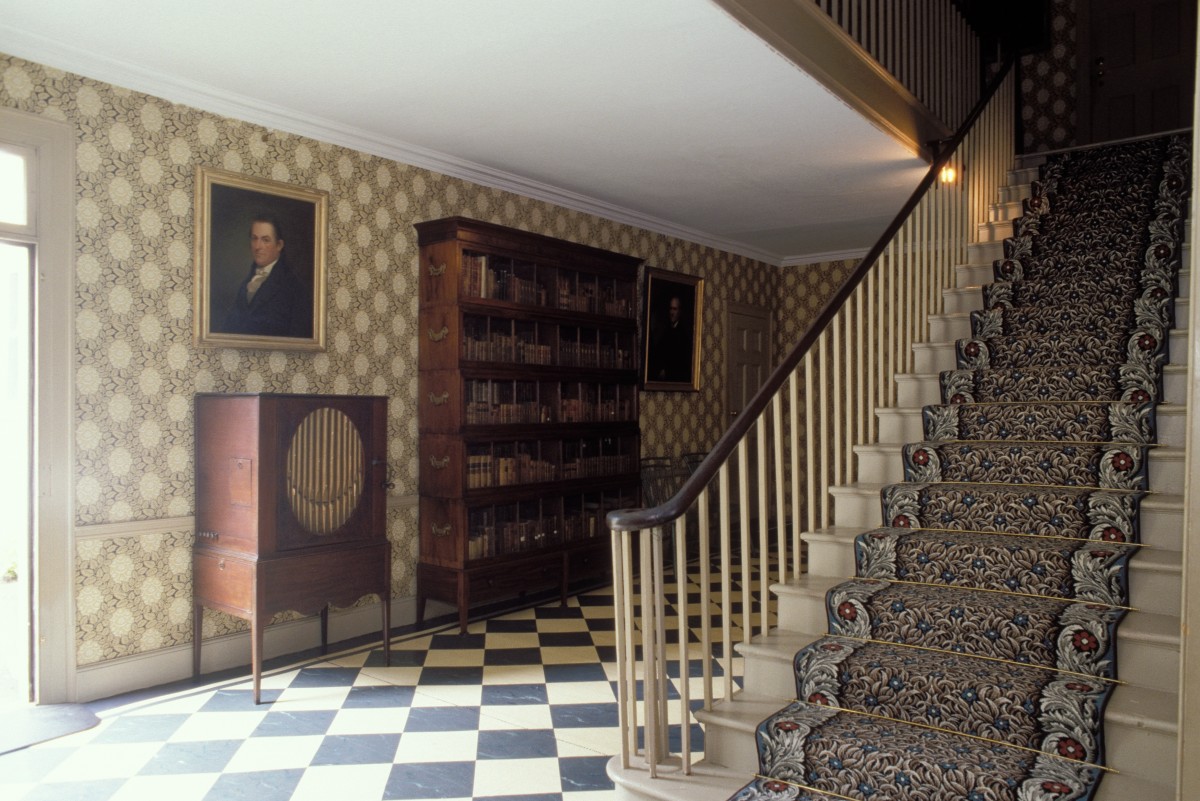 The entrance hall is an element of the original 1787 house, but the area was greatly changed when Jay enlarged the building in 1800.

A number of prints and paintings are displayed in the hall, including a portrait of John Jay’s elder son, Peter Augustus Jay, and prints of Benjamin Franklin, George Washington, and the Marquis de Lafayette on the west wall. Two original prints, The Battle of Bunker Hill and The Death of General Montgomery by John Trumbull, hang on the east wall. These were a gift from Trumbull, who served as Jay’s secretary while in London negotiating the Jay Treaty. Centered on the west wall is the Jay family’s copy of Benjamin West’s The American Peace Commissioners, The Preliminary Articles of Agreement Signed in 1782. The Paris Treaty of 1782 established essential terms for the Treaty of Paris, 1783, which ended the Revolutionary War.