Information on our next three events may be found below.

Though widely celebrated for his political and diplomatic achievements, John Jay played an important role in creating a spy network to help defend the colonies during the Revolutionary War. Designed to entertain kids for hours, each Spymaster Activity Box contains an age-appropriate book about Revolutionary spies; spy-themed books; a book full of different types of codes to create and decode; materials and directions for over a dozen spy themed crafts and activities; secret spy gear; additional games and activities you can try at home; and access to supplementary downloadable content. Reading material and activities are designed for children entering grades 2 through 6. The price per box is $100, with a 10% discount to members.  Advanced registration and payment required.  Boxes will be available for curbside pickup from John Jay Homestead on a rolling basis, beginning June 29. We will schedule your pick-up time following receipt of your order.

We have two boxes available with differentiated materials by grade level (Grades 2 & 3 OR Grades 4-6). Please purchase the correct box for your child’s age.

Curb side pick up will be available on weekdays from 10am to Noon. We will email you within 1 week of your purchase with your options for a pick-up date and time.

We do also offer shipping (+$25) within the contiguous 48 United States. We will email after your purchase to get the shipping address information.

Brenda Wineapple,The Impeachers: The Trial of Andrew Johnson and the Dream of a Just Nation

Pro-Union Democrat and the only senator from a Confederate state not to resign at his state’s secession, Lincoln’s running mate on the National Union ticket and an “accidental President” after Lincoln’s assassination, impeached but not convicted, Andrew Johnson became a vivid example of a defiant, erratic and highly unpopular President deeply at odds with his Congress through a period of disruptive social and political change.

Wineapple is an award-winning author, currently teaching at Columbia University and the New School in New York City. Her books include Ecstatic Nation, about the tumultuous period before the Civil War, as well biographies of Hawthorne and Gertrude and Leo Stein and an exploration of the friendship between Emily Dickinson and the abolitionist Thomas Wentworth Higginson, which was a finalist for a National Book Critics Circle Award.  She was previously Director of the Leon Levy Center for Biography at The Graduate School, CUNY, and its Writer-in-Residence.

Part of the 2021 Lecture Series for John Jay Homestead, Seats of Power.

This series will be in webinar format on Zoom beginning promptly at 7:00pm.

Registration is free but required. A Zoom link will be sent to registered attendees the day before the lecture.

Please note: Dates and times are subject to change. 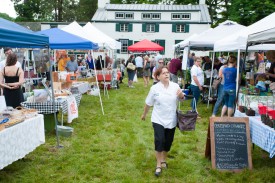 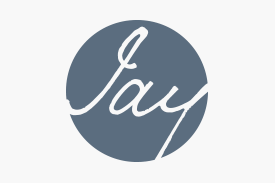