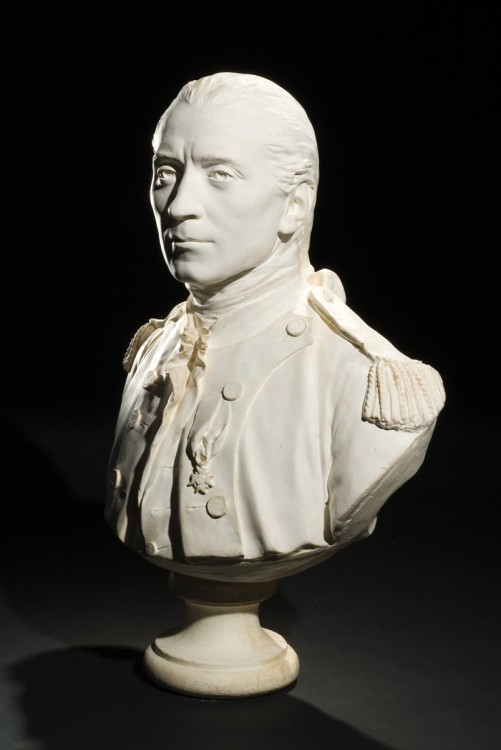 John Paul Jones, sometimes called the “Father of the United States Navy,” had his likeness taken by Jean-Antoine Houdon, France’s leading sculptor, in 1780. He had sixteen copies of the bust cast in plaster, and gave this one to John Jay in 1788. The marble original sits in the chapel at the US Naval Academy at Annapolis.