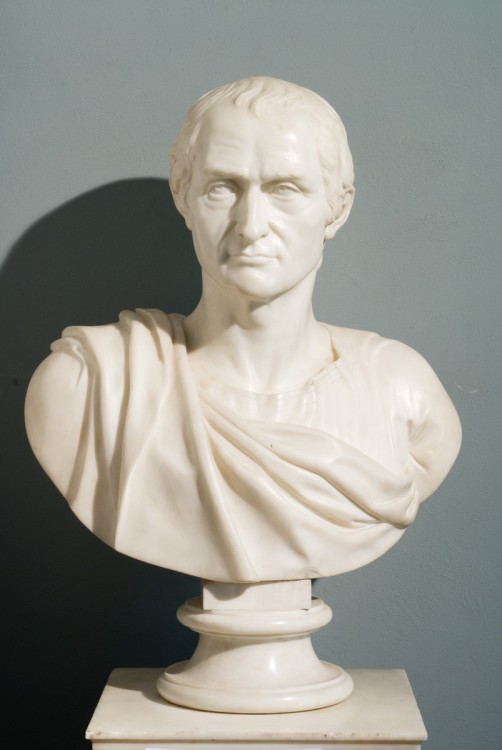 John Jay posed for his portrait bust in terra cotta in 1792 with the famed Italian sculptor, Giuseppe Ceracchi. This is one of two marble copies of the bust that were carved in 1827 by Ottavio Giovannozzi. Jay was depicted in the guise of a Roman statesman, an allusion to the republican form of government the United States had adopted.