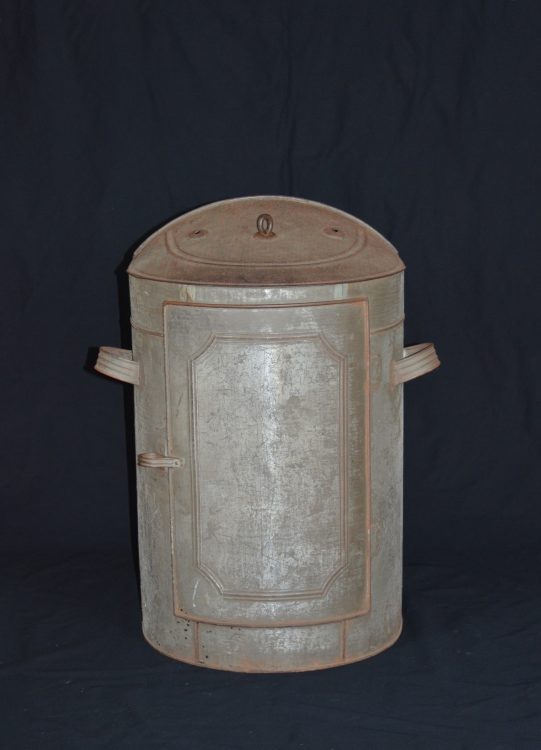 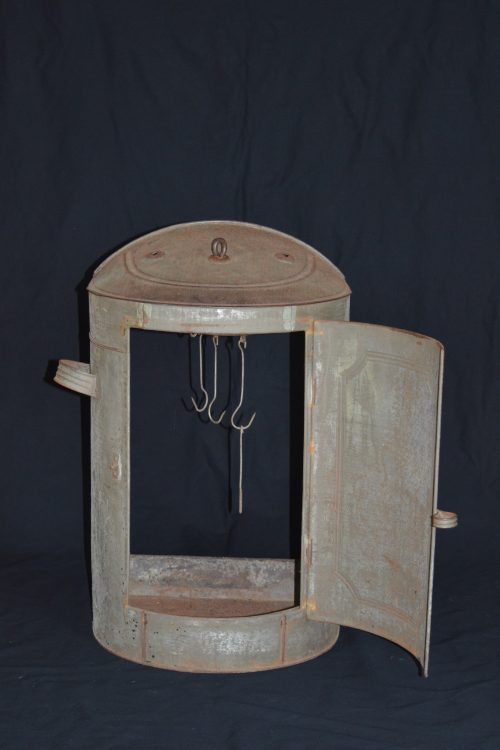 This reflector oven is designed to be used in an open-hearth kitchen.  It stands in front of the hearth to roast meat, such as turkeys, chickens, cuts of beef, or legs of mutton.  The crank at the top enables the cook to turn the meat, to ensure even browning.  The door at the back could be opened for basting; with the drippings being caught in the pan below.

The tin body of the reflector oven would “reflect” the heat back from the fire.  This would concentrate all the heat onto the food being cooked.  This was much more efficient then cooking meat on a spit over an open fire.

The vertical design is unusual.  Reflector ovens are typically horizontal. There would have also been a spout at the bottom to easily drain the drippings that would have collected.

Open hearth cooking began to wane with the start of the cookstove era when the “James stove” was invented by William T. James in 1815.  The stove was manufactured in Troy, NY.  The stove contained an oven and had a door that opened to provide access to a fire and a place to broil meat.

It should be noted that some stoves did exist in the 18th century, however they were extremely rare.  One worth noting dates c. 1790 and is a stove that was had by Sir Benjamin Thompson, Count Rumford, known as the Rumford Stove.